Remove and clean the ion block on a stepwave source. 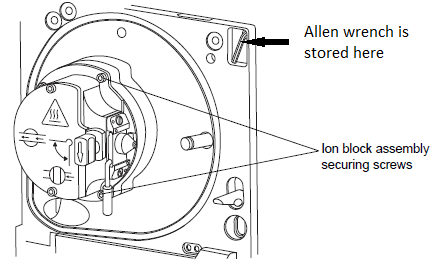 Note: If the ion block is excessively dirty, scrub with a toothbrush or cotton swab.